Home » Time waits for no man – except the teenager 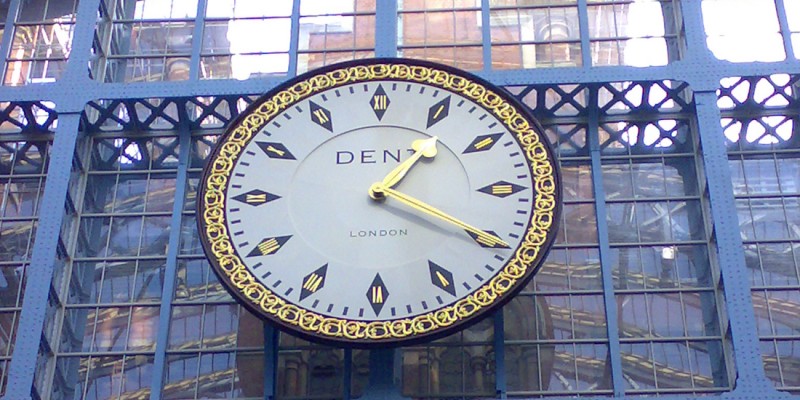 Yes, apparently it’s a fact. The normal rules of time do not apply to the 21st Century teenager.

Time marches on; time does not stand still; it is the one thing that none of us can escape, no matter how hard we try – unless we have a time machine hidden in the cupboard of course, or we are living in a world that runs by teenager’s rules.

My 15-year old son would appear to have conquered the passage of time – or at least in his mind he has. Every morning it’s a battle to get him out of bed and out of the house in time to catch the bus to school. There’s nothing new in that; it’s a familiar story in households the length and breadth of the country. But my son has announced that it makes absolutely no difference what time he gets out of bed, he will still catch the bus. When I queried the logic behind this statement he simply said “you just don’t get it mum.” He’s right, I don’t get it, because I still can’t understand how he can believe that if the bus leaves at 8am and he is still in bed at 8am that he is going to catch that bus. He’s even taken it a step further and claims that it doesn’t matter how late he is getting up and whether he catches the bus on time or not, he won’t be late for school.

I imagine him a little like King Canute; whilst King Canute sat on his chair defying the waves to advance, my son lays in his bed defying the hands on the clock to keep ticking. But of course they do keep ticking and one morning this week he missed the bus. Finally, I thought, perhaps now he will realise that having that extra 15 minutes in bed does matter. No chance, of course! Apparently I still “don’t get it.”

Or maybe it’s actually the other way round. I do get it; it’s him that doesn’t and one day his respect for time-keeping will improve. Part of me lives in hope for that day to arrive because it signifies another step towards becoming a mature human being, but another part of me just wants the little boy inside to hang in there and refuse to be shaped into what society expects from him.

The arrogance of youth!
The nightmare train journey from hell