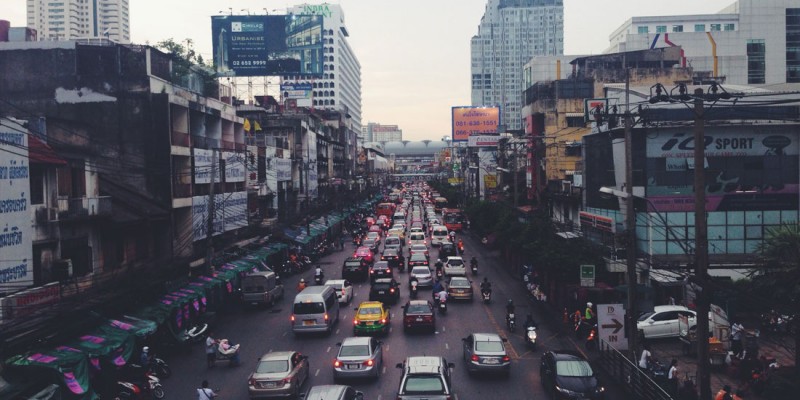 It’s been a long time since I’ve had to tackle the roads during rush hour – mostly I arrange meetings for times that enable me to leave earlier or later. However, on Monday, I had to travel from Oxford to Kent to press pass a magazine. What a nightmare!

Not very original, moaning about the roads and traffic jams – we’ve all done it plenty of times, but what makes me mad is the lack of planning that goes into it. This was the scenario on Monday morning. The local radio station had been warning all morning about congestion on the M40 due to barrier repair works. Nothing I can do about it, I thought, I’ll just have to sit in it and hope it doesn’t take too long. Sure enough, there was stop/start traffic for miles and miles. OK, I was prepared for it and remained cool. However, when I got to the supposed barrier repair works all that could be seen was cones, hundreds – maybe thousands – of the things going on for what seemed like miles but was probably only a mile or two – not a workman or vehicle in sight.

So why? Why did someone think it would be a good idea to put the cones out in time for Monday morning rush hour traffic but not actually start working in the area until sometime later on in the day?

And whilst on the subject of badly planned road works, I have just revealed that I live near to Oxford and the council here has been the subject of much deserved criticism since before Xmas when it suddenly start to dig up roads all over the City and the ring road ALL AT THE SAME TIME. Why? The official explanation was that the budget had been allocated and had to be spent before April – but they would have known about that since last April, so why plan to do it all at once? Even more infuriating for anyone trying to get anywhere on Oxford’s roads was the advice that followed the explanation – ‘choose an alternative route’. But they never followed that advice with a suggestion of which route, because there was no way of avoiding at least one set of road works unless you happened to have a private helicopter at your disposal! At least someone somewhere listened to reason and one set of proposed road works was delayed until after Xmas, but most of the others are still ongoing so we’re little better off really.

I’d be interested to know how much the traffic chaos has cost local businesses in terms of working man hours lost whilst staff sit in traffic jams.

Surely it can’t be that difficult to plan these works more effectively? We all have to plan. When I had my publishing company we wouldn’t schedule to have every magazine going to press at the same time, because the studio couldn’t cope, it’s unnecessary and it makes no sense.

So let’s pray for common sense to prevail – or for that private helicopter!