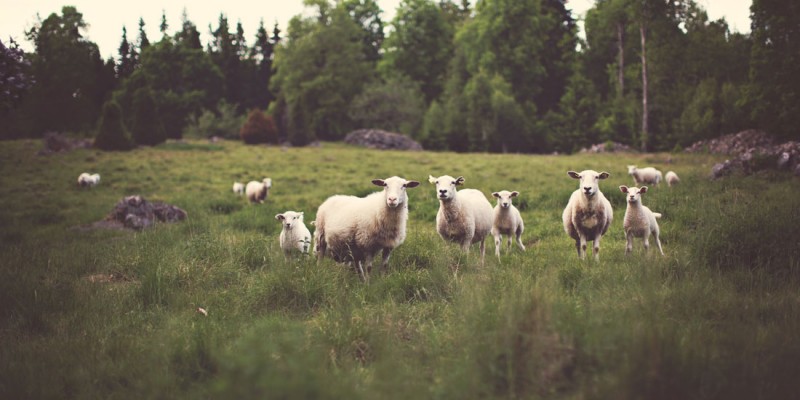 By Amanda Roberts on January 12, 2015 in Being a writer
Share this:

It has been said that humans are physiologically most similar to pigs and I would make a case for us being mentally most similar to sheep. I’m not basing this observation on anything scientific – believe me, anyone that knows me is well aware that science and I do not get on – it is merely a supposition based on watching behaviour.

So, here’s the theory. The majority of people simply choose to follow the rest. They flock, like sheep, to celebrate whatever is currently popular, but very few are prepared to put their head above the parapet and argue for something different. Writers and artists tend to fall in the category of those who are prepared to put their heads above the parapet (with sometimes tragic results, as we have witnessed in Paris this last week). Scientists, although from a completely different perspective are also there, especially those who publish papers promoting new and ground-breaking theories.

I recently discovered a new example of the ‘sheep syndrome’. Bookshops. As I’ve said in an earlier post, I have recently had my first novel published. In spite of how strongly my publisher warned me that it is very difficult for new authors to break into a very competitive market, I still naively thought that when my book appeared it would be on bookshelves in a bookshop. I eagerly scoured my local national and independent bookshops for the first few weeks after publication date, fully anticipating I would find my book on the shelves of the ‘new releases’. I was, indeed, naïve, because ‘new releases’ should actually be renamed – ‘new releases by authors who are already selling thousands of copies’.

This is quite a conundrum. To get into the bookshops you have to be selling thousands (or possibly have a large publisher behind you with lots of financial clout), but how do you get to sell thousands if nowhere is retailing your book? I love Amazon. I’m selling well on Amazon, but the problem with Amazon is that you can’t just go and browse the bookshelves and pick something that catches your eye. If you know what you are looking for, it’s great, but it isn’t that easy for the unknown author to reach out to new readers. So we come back to the sheep syndrome – the bookshops won’t put their heads above the parapet. They won’t stop following the flock and lead instead.

So, I addressed the bookshop problem from an angle that is most certainly not original – direct approach to the local independents. I say it’s not original because I know other newly published authors who are doing exactly the same thing. This is something I’m still working on, so I will elaborate on it in a future post, but it is quite interesting so far.

Don’t misunderstand me – I know there are commercial realities here that have to be taken into consideration. I had my own magazine publishing business for over 20 years, so I am not a writer/author who is completely unaware of the need for businesses to make a profit. But whatever happened to flair, to individuality, to being brave enough to go with your gut instinct and to move against the flock, to put your head above the parapet? It seems to have vanished. You may not always get it right – in fact, you won’t, but when you get it right, what could possibly match the feeling of being in there from the beginning – of being part of introducing a new author to the masses?*

What I have done this week is speak to the editors responsible for book reviews on two local newspapers – one local to where I live now and one local to where I grew up and went to school – and I am hopeful that at least one, if not both, of them will be brave enough to put their heads above the parapet and mention a new book from an unknown author.

Understanding teenagers – or not
The writer’s mind