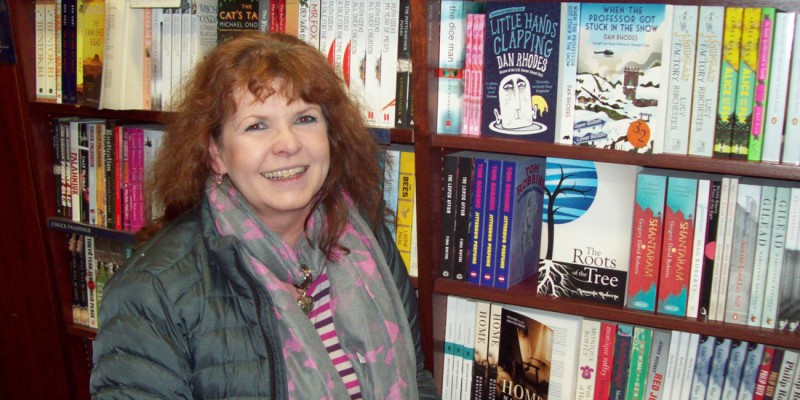 By Amanda Roberts on December 7, 2015 in Being a writer
Share this:

The Roots of the Tree is now in stock in the world-famous bookshop, Blackwell’s of Oxford. Thank you Blackwell’s for giving an unknown local author a chance.

When you decide to do something in this life, if it’s something worthwhile for you and something that you really want to do, you don’t think about how hard it will be to make it a success – and you wouldn’t be put off anyway, even if you did – or at least I wouldn’t.

Someone said to me shortly after I was offered the publishing deal for the Roots of the Tree that getting published was the easy bit – selling the books is the hard bit. I thought getting published had been difficult enough and it never occurred to me that bookshops wouldn’t give the book a chance.

So let me tell you the story of my dealings so far with local bookshops. I approached the one that is geographically closest to where I live first. I spoke to the book buyer who happened to be in the store when I popped in. I left a copy of the book with her, plus a print-out of reviews on Amazon and comments people had emailed to me. She emailed me a few days later to propose she put the book onto her stock and market it on the counter with a ‘local author’ sticker on it and when it sold she would order more copies from the wholesalers.

I was happy with that. Of course, I made sure someone went into the shop after a respectable time of a week or two had gone by to buy the book. My friend couldn’t find it in the shop and nor could the sales assistant who was on the point of ordering a copy for her when he realised it was actually on the counter – hidden behind a pile of other books that had been put in front of it. So she bought the copy. I waited for another week or so and heard nothing from the buyer so I dropped her an email asking how it was going. I couldn’t believe her reply. She told me – and I still have the email as proof – that the book still hadn’t sold and she would be moving it to her new paperbacks shelf. I didn’t even bother to reply – what would be the point. I know she’s lying and she knows she’s lying, so I thought I’d move on to the next bookshop.

So, I approached a shop that a friend told me had a very good reputation working with local authors. I took a copy of the book, as before, with reviews and comments etc and left it for the owner who wasn’t there at the time. I followed up several times by phone before I managed to speak to the lady owner, who was very polite but advised me there was no point her stocking it because no-one would buy it because I’m unknown. Frustrating or what! How can you know unless you try?

The third book shop I tried wouldn’t even speak to me.

For some months I gave up, demoralised, and believing that I need to build some interest in the book to create the demand so the bookshops would take it – but how can one person do that, unless they have a bucketful of money to throw at it? Eventually I decided to start approaching the bookshops again, and Blackwell’s have restored my faith. I just hope they sell some copies so they keep it in stock. So if you are passing by Blackwell’s in Oxford, please pop in and buy a copy.

The nightmare train journey from hell